We all look at the comments on social networks... lets be honest, everyone does.

Most people believe each one of the comments is made by a real person. However, a very large percentage are actually "robot comments" or made by a "comment ro(bot)"

In simple terms a comments bot is a computer program designed with the purpose of finding, commenting and replying to certain videos/posts that fit it requirements. The program first finds
a video or post page based on the subject it is looking for, once it finds the page it "reads" all the comments and determines if anyone is commenting or discussing anything based on its final objective.

If for example, the comment bot is built to look at all videos/posts titles relating to the topic/subject/video title...

...and its final objective is to reply rudely or negatively to comments of those in favor of protesting and/or who are agreeing that book fees are too high... with an emphasis on pursuading the readers/commentors not to take part in the protest.

The comment bot will read the comments and in this example reply to the comments with the most total activity/likes/shares.

So this robot has effectively started in a positive manner in general "agreement". People dying and being arrested is added to:

-persuade other readers not to be involved in this activity;
-to change the overall topic of discussion;
-creating and instilling emotional responses or doubt;

Finally the bot justified the pricing of books, attempting to motivate/suggest to the reader to adopt/form this type of passive persona/opinion.

The topic of: "University Students Protest High Book Fees" based on the comment bots reply is now broadcasting "Don't protest, you may die or be arrested, book fees are NOT too high"

The video topic is now totally undermined by the comment bot and many public viewers will see this opinion and be influenced to not participate in the protest. The public viewer will then lose interest in an actual topic which should concern them and move along to the next distraction completely oblivious to the fact they have just read a computer generated comment built to influence them in this very specific way.

This example is shown to give a very specific example of how artificial comments in a false reality can alter our decision making in reality.

If you look at "controversial" videos for example Miley Cyrus doing something sexual... you can nearly always find comments justifing her behaviour as "...shes just living her life..." or "...she works hard, she should be able to enjoy herself"  Alternatively, if you look at religious videos of people converting to different faiths or discovering God you will notice more complex comments designed to confuse the reader, to belittle the video author or general ignorance and rude language in a slanderous manner towards an individual or the entire group itself.  Next time you look at the comments, you will start to see this pattern emerge. It is actually not difficult to achieve or build a comment bot with software publicly available, that requires basically no computer programming experience, it has been available for at least a decade. (EZ Macros Builder)

Although this subject was written in 2017, you can find military based, private and government projects from 2009 (and earlier) which designed 10 or more "types" of human-like comment bot personalities built to target and influence specific online activity.

Example of the "types" of personalities built.

Each of the above are only examples, the actual "personalities" of the created bots are much more dynamic, meaning, they would be built to be "flexible" in certain cases. They would also be smart enough to continue commenting, replying and communicating on other social networks (adding new posts, posting photos to timelines, adding friends, etc.). The bot could transition to emails if required, as if they were actual people. As of this writing, artificial intelligence can "listen" to your voice and respond to your questions with the voice of a real human in many languages and accents. You may actually be speaking to "fake" tech support more often than you think... no wonder they are so inconsiderate ;)

If we are able to remove distractions blocking our vision, look up, notice our situation and surroundings more clearly, we can think of many obvious topics we should actually be discussing which could benefit our life, our families, our communities and humanity in general, talking about the latest "cute cat video" should raise a flag that we are not cognisant of our own reality and we are actually living out someone elses ideas.

Where could the countless hours "playing" on devices been more effectively used?

Are our decision making abilities being corruputed by viewing these types of comments?
If someone was in agreement that "book fees are too high" before reading comments and afterwards "decided" that they are actually fair and not high, could we consider that person was "shocked by fear" to revoke their first initial rational decision or what happened to that initial thought?
Can people critically think for themselves?
How much of a persons personality is built by ones own reason and thoughts and how much of the personality is built by information they are provided and taught?When is the last time I thought of something myself?  When is the last time I did something creative without any outside help? 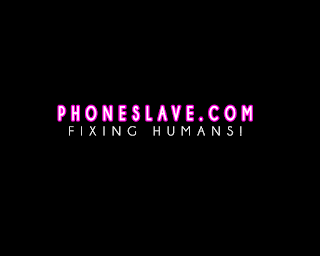 Popular posts from this blog

What is Mental Retardation? - Part 1

July 09, 2017
The average person rarely asks them self..."Am I mentally retarded?"Recent subject research and observations have fortunately forced us to tackle this question in a wider scope, namely:"Is the general population mentally retarded?"Luckily, this includes you, the reader and this humble author as well.Most of us would consider ourselves the opposite of mentally retarded...right? ;)  If for example John asked Bob...
"Are you mentally retarded Bob?" Bobs impulsive natural response would be...
"NO!"John may continue...
"Are you sure you抮e not retarded Bob?"At this stage if Bob contemplates the actual question by its actual definition, he has many options for answers...1. Yes, I'm sure I'm not retarded...
2. No, actually I am retarded...
3. Maybe, perhaps I am retarded...
Most of us due to pride and ego will immediately consider ourselves 'not retarded' and make this claim quickly.A clever man may respond that he is reta…
Post a Comment
Read more


Objective/Purpose: To discover and discuss possible reasons why women and men are constantly holding phones while walking, sitting and otherwise.


Observations: During public observation on men and women, noticeably a much larger percentage of women can be seen holding phones although the phone is not being used.

Rationale & Reasoning: Ruling out that a majority of users are business persons or waiting on a life changing phone call or message. Assuming more realistically that these people are only "recreational" users or people who primarily use the device to communicate and entertain themselves.Some may argue that they hold the phone because they "are waiting" for a message or phone call. Although irrational, that is…
Post a Comment
Read more

IS THE DECISION MAKING ABILITY OF THE HUMAN CORRUPTED?


An old man walked by a middle aged woman on the street 10mins ago, she was staring at her cell phone and upon passing her on the sidewalk said in a freindly voice "You look just like a teenager". He was in essence paying her a compliment of sorts.


An observation to note:

1. Both parties have accepted these behaviours as normal.

So what is Normal? and what is Acceptance?


So the old man has "acceptance" that teenagers walk around staring at phones is "normal". Therefore the middle aged women is like a teenager to him.

We have all been programmed to have "acceptance" for phones. OK, fine, lets agree on this point. We are literally and le…
Post a Comment
Read more

A GUIDE TO HOW TO DETOX OFF TECHNOLOGY

As a people watcher I began noticing a strange phenomenon in 2003 overseas which was not happening in Canada at that time... People were uncontrollably it seemed looking and holding mobile phonees for no reason.  I noticed each and every day on the train that impulsively upon sitting down roughly 90% of people would remove thier mobile phone, swipe it, notice nothing is ew on the screen and put it ack in theri pocket or bag... The more strange observation was within less than 90 seconds, they would again pull out the phone, swipe, look and put away again... This continued indefinitely in most cases.  It was at this point I made athe conscious decision > I WOULD NOT BE A VICTIM OF WHATEVER THIS PHENOMENON WAS....

What Happens When You Look Down At Your Cell Phone

Forget the fact they say due to overuse (AKA being a phone slave) that everyone's necks are becoming weak and this posture is also creating new types of back/spine related issues.

---This is not the real problem... it's only a smokescreen for something bigger---

Some real non-educated persons consider the current situation of 'playing with devices' as a form of evolution, as if this behavior is evolving humanity... how crude an observation.  (See the article on "What is Mental Retardation" for more info)

This posture of staring downwards is however symbolic in the way of the phone user(slave) submitting(bowing down) to his master...

You can imagine the master staring down at all those slaves in hypnotic submission and the master thinking...

February 18, 2018
Victoria L Dunckley MD is not only #blonde and cute, she has confirmed what the articles on phoneslave.com are broadcasting.
Her 4 week reset is much more in depth than our "How to #detox..." steps. I was somewhat shocked that my amateur observations, diagnosis and recommended treatment was inline with Dr #Dunckleys' findings.
Although #EMF should be looked into further on both sides, my outlook is that much more grusome findings will come to the surface regarding EMF. It will be on an #MK Ultra level, designed to manipulate the human behavior into a passive state creating a human unable to critically think for themselves. The human will injest and broadcast information without researching into that #information. They will consider the education they are given as always factual.
For example, have you ever studied what a #cellphone is? How it functions? No... Most simply take it... use it and see en masse everyone else engaged... therefore they consider it normal.  They ar…
Post a Comment
Read more